You are at:Home»General»All you need to know about salt therapy
By Emilia on July 5, 2014 General

What is salt therapy?

Salt therapy is a medical treatment in which the patient is exposed to non-refined or halite rock salt mixed with other minerals. It is believed that inhaled salt disinfects the sinuses and lungs. This therapy can also be used as a treatment for other chronic diseases such as asthma, bronchitis and sinusitis. Treatment can be administered in caves, salt rooms or with salt pipes. Salt therapy is safe and has no known side effects. 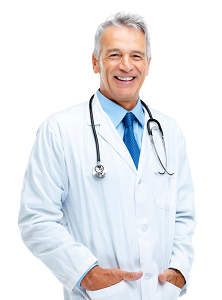 Most studies validating salt therapies were conducted in Eastern Europe. A Russian study done in a room with the same humidity and pressure of a salt cave, showed improved lung function and blood pressure in patients with chronic obstructive pulmonary disease (COPD) and hypertension.

Other studies have shown similar positive results with asthma, bronchitis, chronic sinusitis or cystic fibrosis. A study on healthy women and men analysed the effectiveness of salt pipes in the fight against colds. Using a salt pipe daily prevented cold symptoms in these healthy subjects.

Do salt therapies have any side effects?

Salt therapies seems to have no side effects. It is safe for almost everyone and does not interact with prescription or over the counter. Inhale the salt will not harm those who are on diet low in salt. Supplies can be purchased in some health food stores or online.

Where can I undertake salt therapy?

Salt therapy can be undertaken in salt caves, rock salt rooms, thermal baths and spas or at home.

In Eastern Europe where the salt caves are common, spas were built for therapeutic purposes. However, since not everyone has access to a salt cave, other supporters of salt therapies created salt rooms. A salt room is an area where the walls are completely covered with rock salt. The rooms usually contain comfortable chairs and a television or other media of entertainment for people to use during their 40-60 minutes therapy sessions.

Another great method of administration of the therapy is salt pipes. You can get a salt pipe for as low as £19.95 and undertake the therapy in the comfort of your house. Salt pipes are filled with halite and all you need to do is inhale the salt through the pipe 15-30 minutes per day to get all the great benefits of salt therapies.

Hello, my name is Emilia and I am author of this website. I've researched the market for the best salt pipe solutions around and hope that you will find all the information you need regarding this amazing tool in the site. If you have any question or doubts don't hesitate to get in touch with me using the contact form and I will be more than happy to help! :)